Romelu Lukaku and three fellow Manchester United exiles became champions of Serie A in 2020–21, but they’re not the only PL outcasts winning silverware.

This year, a huge number of much-criticised former PL players have either secured titles or put themselves in a strong position to do so over the next few weeks.

After winning Serie A in Italy, Romelu Lukaku’s recent Instagram story was a sight to behold.

Lukaku hardly disgraced himself at Old Trafford, but more was expected of the Belgian star. Matteo Darmian and Ashley Young were never club favourites, while Alexis Sanchez was seen as an embarrassment and symbolic of the club’s lack of direction.

Thank you so much @ManUtd ❤.
Do you have others to discard?#Lukaku #Young #Sanchez #Darmian #Inter pic.twitter.com/xbvTaS0gGV

Antonio Conte’s team also contains Andrea Ranocchia, who was relegated with Hull City and shipped seven goals to Tottenham in his final appearance.

Redemption all round then.

This year’s Coppa Italia will be won by either Atalanta or Juventus.

That means glory for either Marten de Roon, a £12 million disappointment at Middlesbrough, or former Arsenal ‘keeper Wojciech Szczesny, sold because he smoked too much.

It’s not over yet, but England fans would surely be delighted to see Kieran Trippier — criticised during his final season at Spurs — winning La Liga with Atletico.

He’s got better hair these days as well.

Should Atleti get over the line, Trippier will be celebrating alongside Arsenal outcast Lucas Torreira (albeit without contributing a great deal) and defender Stefan Savic, possibly the most forgettable member of Man City’s 2011–12 title-winning side.

The Barcelona legend didn’t make it at Old Trafford, but he’s since won tons of trophies at Barcelona, including the Copa del Rey this season.

Much has been made of Eric Maxim Choupo-Moting picking up titles willy nilly with PSG and now Bayern after struggling at Stoke.

Ditto Serge Gnabry, who, despite being one of Europe’s best wingers, will never shake the words ‘Tony Pulis’ from his Wikipedia page.

Both are worthy Bundesliga champions.

The final of the DFB-Pokal, Germany’s domestic cup, was played last night and won by Dortmund.

Coming off the bench for the club was Thorgan Hazard, signed by Chelsea in 2012 under the nepotistic influence of brother Eden. Chelsea never found any use for Thorgan, but the younger Hazard is now enjoying better days than his more celebrated sibling.

READ: The 9 players Chelsea signed alongside Eden Hazard and how they fared

Portuguese centre-back Fonte joined in 2010 and helped bring the Saints from League One up to the Premier League, eventually becoming captain and something of a club legend.

But his reputation was greatly diminished after a terrible spell at West Ham where the club owners expressed public remorse about signing him.

French full-back Pied, meanwhile, was signed by Southampton on the basis of being Claude Puel’s mate, not quite becoming a club legend in his eight appearances over two years.

Now 37 and 32 respectively, the defenders could win a remarkable Ligue 1 title this year alongside former Swansea letdown Renato Sanches.

He’s now whipping goals in from the edge of the box for Lille 💪 pic.twitter.com/0ofuL7OC6Y

Sebastian Coates scored one amazing goal for Liverpool, but his time in England was predominantly spent waiting for John O’Shea to get injured in order to play for a crap Sunderland team. 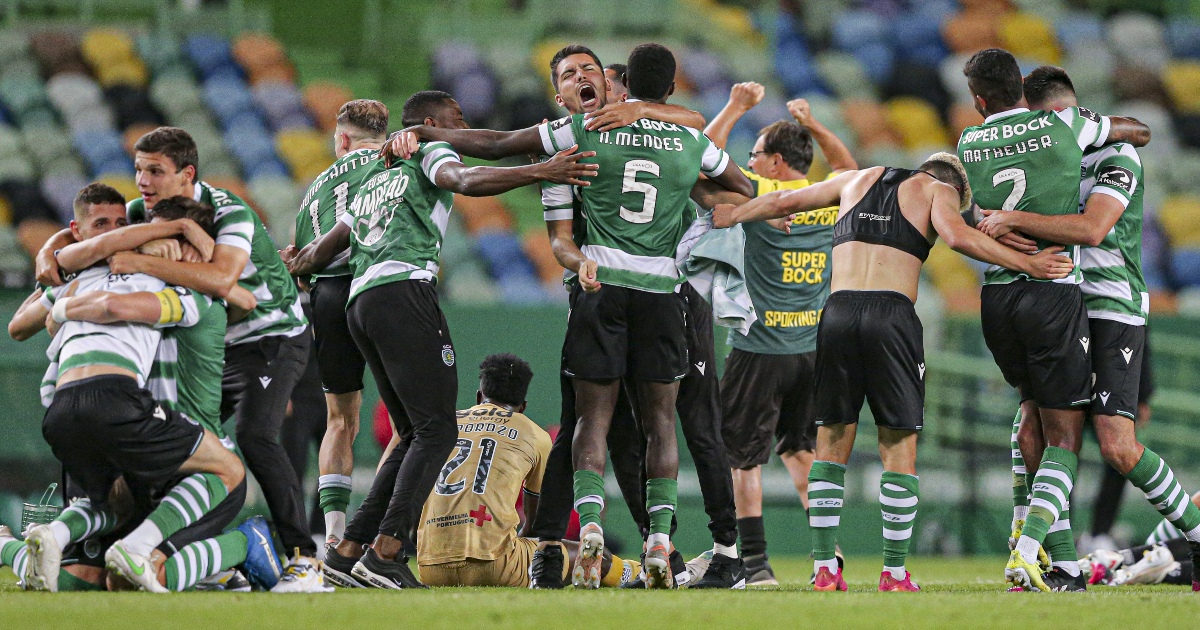 READ: Fights, friction, failure: The story of Sporting’s 19-year wait for the title

The Taca de Portugal, the Portuguese domestic cup, will be decided next weekend. Lifting the trophy will be either Braga or Benfica.

Benfica, on the other hand, have some bigger names: Jan Vertonghen could never be considered a flop, but the error-prone Nicolas Otamendi could be, as could the frustrating Adel Taarabt.

Costing a whopping £23.6 million, Davy Klaassen was one of 387 attacking midfielders signed by Ronald Koeman’s Everton in 2017, and he turned out to be the worst.

But he’s now back where he belongs at Ajax, winning the Dutch Eredivisie and scoring plenty of goals.

Sebastien Haller wasn’t quite such a disaster at West Ham, but he certainly looked nothing like a £45 million player; back in October, you wouldn’t have bet on him winning a league title in 2021.

And then there’s Maarten Stekelenburg, 38, who barely took to the pitch in his last three seasons at Everton but has just won the league with Ajax 10 years after leaving them. He’s actually been playing, too! 20 times!

Dejan Lovren, never especially well regarded in Liverpool, has proved himself, in hindsight, to be the glue that kept Jurgen Klopp’s side together.

He’s also just won the Russian Premier League with Zenit, which is nice.

With just one round of fixtures left to play, the Turkish Super Lig could go to Besiktas (81 points), Galatasaray (81 points) or Fenerbahce (79 points).

And there’s a shitload of ex–Premier League mediocrity at every one of those clubs.

Besiktas arguably have the lowest-profile group of players, with Rachid Ghezzal (Leicester), Georges-Kevin Nkoudou (Spurs, Burnley) and Cenk Tosun (Everton, Palace) barely playing enough games in England to earn a reputation one way or the other.

And non-flop Mesut Ozil is currently employed by Fenerbahce to provide assists for the likes of Mbwana Samatta (Aston Villa), Enner Valencia (West Ham, Everton) and non-flop Papiss Cisse (Newcastle), all of whom have much better scoring records in Turkey than they did in England.

It’s a bit early to judge Tahith Chong, currently on loan at Club Brugge from Man United, but we had plenty of time — too much, probably — to assess the talents of Simon Mignolet, previously of Sunderland (good) and Liverpool (bad).

Brugge are top with just three rounds of fixtures left to play, so Mignolet is all set to win his second Belgian First Division A title in two years.

Poor Sokratis Papastathopoulos was omitted from Arsenal’s Premier League and Europa League squads at the start of the season, before the Gunners knocked his new side, Olympiacos, out of Europe.

But Sokratis has just won his first Greek Super League at the age of 32, which more than makes up for it.

Can you name every Italian to score 10+ Premier League goals?

Where are they now? Chelsea’s last 10 Young Player of the Year winners

Kimanzi: Western Stima can surprise Wazito FC with their style of play

Manenzhe: Orlando Pirates got away with penalty call against Raja Casablanca