Jamie Carragher has waxed lyrical about the performances and efforts of one Leeds star he admits has really caught his eye this season.

Marcelo Bielsa’s side have made an excellent return to life in the Premier League with some eye-catching attacking displays. However, successive away wins at Newcastle and Leicester over the past week have really caught there eye.

Indeed, victory over Everton on Wednesday evening would propel United above Arsenal into the top half of the table.

The likes of Kalvin Phillips, Patrick Bamford and summer signing Raphinha have commanded most of Leeds’ headlines. However, Carragher insists it is versatile defender Luke Ayling he most enjoys watching.

Ayling – a £200,000 signing from Bristol City in summer 2016 – has played both right-back and centre-half for Leeds this season. However, he’s always been one of Leeds’ most consistent stars – and he’s finally earned acclaim from Carragher.

Speaking in the commentary for their clash at Leicester on Sunday, Carragher beamed about the 29-year-old.

“You look at this guy, he’ll have a big job on his hands up against Harvey Barnes,” Carragher said.

“But I think he’s been one outstanding players certainly in this Leeds team, and one of the players I love watching in the Premier League.

“He doesn’t just play at right-back, also a centre-back – but you see him marauding up that right-hand side.”

Barnes scored early on in the game, before Ayling – and Leeds – grew into the game and made their dominance tell.

Ayling looks certain to keep his place as Leeds chase a third successive win against Everton on Wednesday.

Indeed, a win against the Toffees will complete a league double against Carlo Ancelotti’s side. Leeds also played really well in claiming a 1-0 win at Goodison Park back in November.

Explaning Bielsa’s impact on the club, Ayling said at the time that every day was a learning day under the Argentine.

“We’ve been working with Bielsa for the last two years. It’s the third year of his reign now,” the 29-year-old said. “Our first eight games was always going to be a learning curve. I think we’ve learnt a lot from those eight games.” 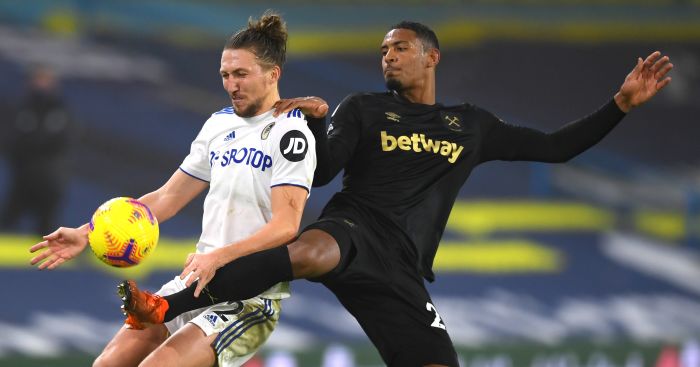 The Argentinian tactician has his players well drilled and fit but that is not always enough to survive. Ayling believes there is much more to the current crop of players than just an ability to run all day.

“I think we have a reputation of being a fit team but I thought our football was excellent,” he added. “I think we’re starting to play more football and not just try to be hard to beat. So far, so good.

“I know quite a lot of people say it, but it is a dream for us to be playing at this level.

“We were in League One and in the Championship for many years, so to be in the Premier League is what we dreamt of as kids.

“I hope we can keep playing good football and keep this going.”