Liverpool manager Jurgen Klopp has given newly crowned US Open champion Emma Raducanu a glowing endorsement, as he hailed the new queen of tennis as ‘ the talent of the century’.

Klopp joined millions around the world cheering on Raducanu as she was the title in New York on Saturday, as she completed a remarkably rapid rise to the top of the game.

The tributes have been flowing her way in recent days, with The Queen leading a long cast list of high-profile supporters of the new British No.1.

Now Liverpool boss Klopp has joined that chorus, as he confirmed he was captivated by her win in the final against fellow teenager Leylah Fernandez. 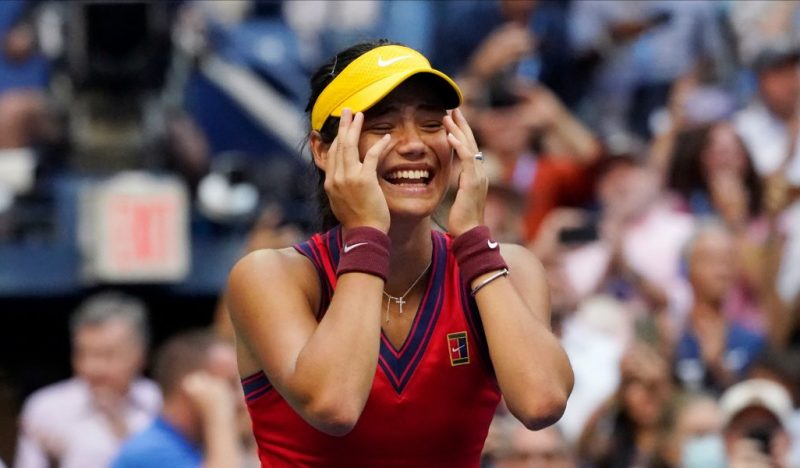 “It is long ago I watched a full tennis game and I was impressed by the power, the speed and the whole game,” said Klopp.

“Women’s tennis is obviously in a brilliant moment. These two girls, 18 and 19, what they showed in the game was massively impressive, but then when they got the trophies during the ceremony, both girls how they spoke was really inspiring, to be honest.

“Even more so than the tennis which was inspiring enough. I was absolutely overwhelmed by the way they presented themselves. Fernandez was obviously disappointed and Emma showed great respect for her.

“They knew they will face each other in the future very often and be in many more finals. I wish that for them. It was a great show of sportsmanship and elite sport and how humble you can be, so young on top of the world.

“When you are 18-years-old and win the US Open it can only come from hard work. She is for sure the talent of the century, but without hard work it is not possible to be there and doing that.

“Now she is there and you see her smiling during the game, it is the nicest thing I can imagine. I will watch women’s tennis much more, for sure, than I did in the last few years.”

Klopp is a big fan of tennis and was spotted in the crowd watching the action in Spain during last summer.

Kaizer Chiefs know what to expect from Wydad Casablanca – Sasman

FC Goa’s Devendra Murgaonkar: We are getting closer to scoring in the AFC Champions League

Solskjaer questions difference between Man Utd home and away form