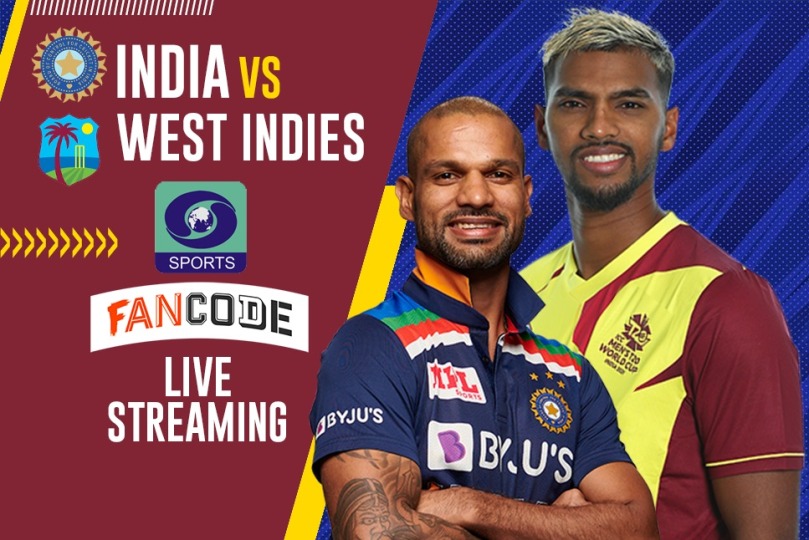 IND vs. WI LIVE Streaming – India WestIndies Series sponsors: The India vs West Indies ODI series begins tomorrow in Trinidad. The series CO-BROADCASTED will be broadcast on FanCode and DD Prasar Bharti. This will be the first time that the series will not be broadcast by a private satellite channel and as expected the advertiser’s response to the series is very low. Neither FanCode nor DD Sports get sponsors even at discounted rates: Follow IND WI 1ST ODI LIVE updates with InsideSport.IN

It has been learned that prices on DD Sports are Rs 3 lakh for 10 seconds on ODIs and Rs 5 lakh for Twenty20 Internationals. But the agency that sells DD Sports sponsorship is struggling to close the deals.

Vin Global Media is the sales agent that sells the series on DD Sports to advertisers. As a general rule, advertising revenue will be shared in a ratio of 75:25 to the benefit of rights holder FanCode. But so far the agency has had a tepid response to the series.

“Advertisers are not very excited about the series. Some discounts might make them show some interest but so far this is still very low key,” Inform a member of the agency that sells the series.

“It’s the first time this series won’t be broadcast on a satellite channel. Instead it’s taking place on an FTA. It will be interesting to watch how DD or FanCode can communicate and market the same to consumers. In general, with a lot of cricket happening, I think it will be difficult for rights holders to attract advertisers to the series, “ said one of the agency’s senior experts.

InsideSport attempted to reach out to FanCode representatives to verify the advertisers’ response. But I didn’t get any response.

India tour of the West Indies: For the first time ever ‘No Private Satellite Channel’ …

The ODI series and three T20Is will be hosted across Trinidad and Tobago and St Kitts and Nevis, the last two T20Is scheduled to be in Lauderhill, Florida in the USA

It is noteworthy that since the beginning of the cable and satellite era, this will be the first time that the series will not be available for broadcasting on private sports networks.

FanCode, being CWI’s exclusive partner, has decided to broadcast the series on their platform.

Prasar Bharati CEO Mayank Kumar Agrawal said, “Cricket is the undisputed leader in sports and entertainment in India. Even in the fast-growing digital age, there is still a large market and audience for sports consumption on television, and we are pleased to introduce the upcoming India Tour of the West Indies to the masses through DD Sports. While FanCode is building a unique digital experience for sports fans, expanding their rights to DD Sports will mean broader access for all sports fans of the series.”

FanCode co-founder Prasana Krishnan said, “DD Sports’ access to cities and small towns is unparalleled, making it the ideal TV broadcast platform for The West Indies Tour India, as we continue to build a superior digital experience for audiences nationwide.”

Last year, FanCode signed a deal with the West Indies Cricket Board (WICB) to broadcast WestIndies HOME CRICKET through 2024. During the rights period, India is also set to make another visit to the West Indies alongside the upcoming series.

Other teams that will visit the West Indies in the rights period for Series cricket include England, Australia, South Africa and Pakistan. Earlier, WICB’s rights were with Sony Pictures Networks India (SPNI).

The ODI series starts from July 22, 7pm onwards, followed by two more matches on July 24 and 27, respectively. 5 T20I ODIs will follow starting July 29th. Check out the full schedule for the tour here: